Photo of the Week: 2018 Fanjeaux Seminar Group in Carcassonne 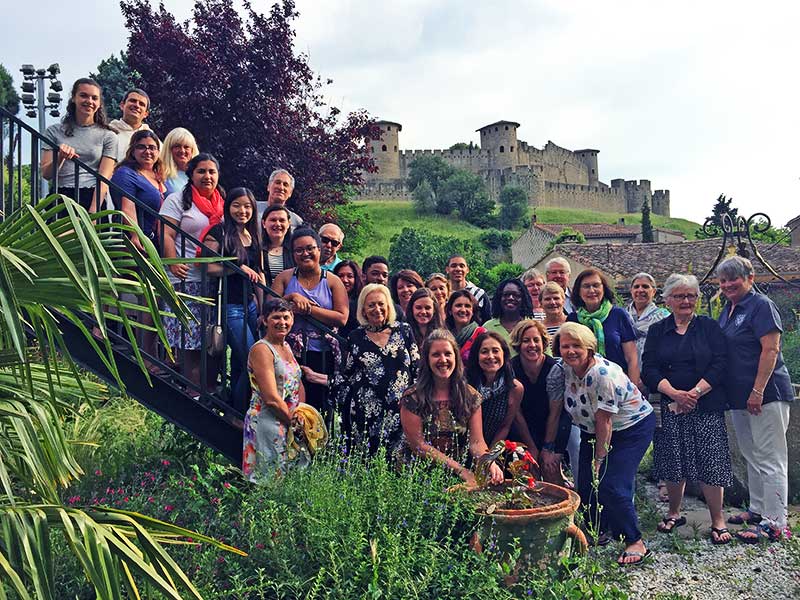 “Faculty, staff, and students from eight Dominican colleges met at the Toulouse airport the end of May for the Twenty-second annual Fanjeaux seminar. The community of 30 studied, reflected, dined, discussed, and walked together during the 12-day experience in Carcassonne (and 4 days in Paris) […]” Read more

On Thursday, September 6th, the Sisters of Saint Dominic of Caldwell had the privilege of hosting Spirituality Day 2018 for the administrators, faculties, and staffs of our sponsored academies: Lacordaire Academy (Upper Montclair, New Jersey), Mount Saint Dominic Academy (Caldwell, New Jersey), and Saint Dominic Academy (Jersey City, New Jersey). The day allowed personnel to take a step back from the buzz of ‘Back-to-School,’ engage with each other, and share individual gifts within the context of Dominican spirituality.
END_OF_DOCUMENT_TOKEN_TO_BE_REPLACED

St. Catharine, KY – Attendees for the September 7-9 Dominican Sisters of Peace Come and See retreat came from across the country – as close as Kentucky and as far away as Texas and California. The women were in different stages of discernment, came from various ethnic backgrounds and spoke a number of languages, but what brought them together was their love of Christ and the Church, and their close attention to God’s plan for their own lives.

According to the website vocationnetwork.org, 71% of those who have entered religious life and are currently in initial formation are under the age of 40. This statistic held true at the Dominican Sisters of Peace Come and See Retreat held at the St. Catharine Motherhouse and St. Catharine Farm in St. Catharine, KY, near Louisville. Of the nine women in attendance, eight were under the age of 40. In total, attendees ranged in age from 18-50.
END_OF_DOCUMENT_TOKEN_TO_BE_REPLACED 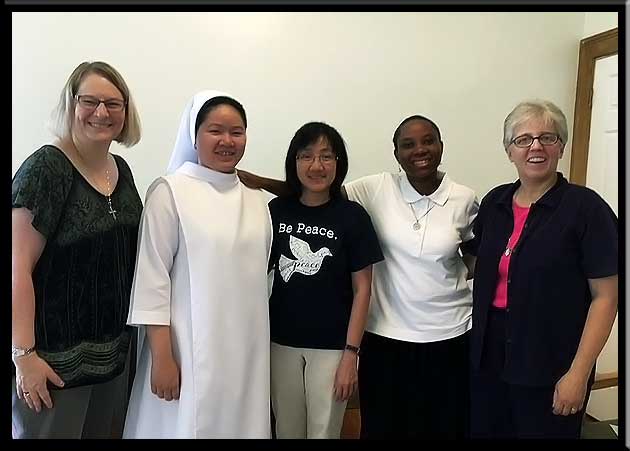 Please click here to read the 2018-2019 Collaborative Dominican Novitiate (CDN) newsletter to learn about the new CDN directors and new CDN novices. The information can also be found on the CDN website. You can also follow the CDN novices and directors by reading the CDN blog. 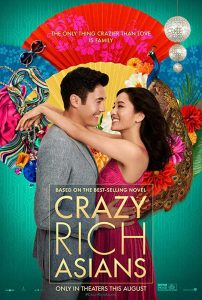 Crazy Rich Asians has generated a lot of buzz this summer for two reasons:  First, it’s the first major studio film in memory which features an all-Asian cast. Second, many have wondered if it can bring back the genre of romantic comedy (“rom-com”). Once a main stay of the American cinema, rom-coms have become increasingly rare in the last few years, with the exception of such recent independent films as last year’s The Big Sick.

Crazy Rich Asians has become a big late summer hit, so it may well inspire other rom-coms. In the last couple of years, in which Hollywood, after much criticism, has increased its output of ethnic films, Crazy Rich Asians certainly indicates that there is an audience for Asian movies.

Crazy Rich Asians, based on the novel by the same name, is rather formulaic in its story. Rachel (Constance Wu) and Nick (Henry Golding) are a couple living in New York. Nick tells Rachel that he is going back home to Singapore for a wedding. He invites her to come with him. Rachel agrees, thinking it would be a good chance to see her college roommate, who lives there.