Oxford, MI – On March 8, 2020, the last weekend retreat at St. Mary’s Retreat House, a sponsored ministry of the Dominican Sisters of Peace in Oxford, MI, ended. This retreat, entitled Beatitudes: Hope amidst the Challenges, marked the end of 60 years of ministry for the Sisters in Oxford.

The Retreat House actually closed a few weeks earlier than planned due to restrictions put into place to combat the COVID-19 virus, but the Sisters in the Oxford Community have been able to extend their ministry in an unexpected way.

END_OF_DOCUMENT_TOKEN_TO_BE_REPLACED

Sister Peggy Ann Martin, OP, Executive Vice President of Sponsorship and Governance, a guiding light in the formation of both CommonSpirit Health and Catholic Health Initiatives, has decided to start the next chapter of her life and retire at the end of June 2020. Lloyd Dean and I are honored to have served alongside Sr. Peggy and have learned much from her about our sacred scriptures, canon law, and diplomacy. Please join us in celebration of her indelible legacy.

A true visionary, Sr. Peggy was a member of the steering committee that founded Catholic Health Initiatives in 1996. She was instrumental in uniting four healthcare systems under Catholic Health Care Federation, the public juridic person first developed by Catholic Health Corporation in Omaha. A public juridic person allows an entity to operate within canon law similar to how public corporations operate within civil law. She helped define how to honor the Church, healthcare, and law in fulfilling the mission of our founding congregations.

END_OF_DOCUMENT_TOKEN_TO_BE_REPLACED 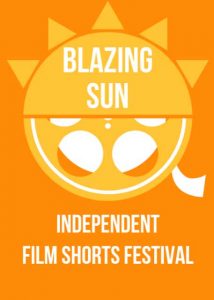 “All the films that we screened at the movie theater received the festival’s Award of Excellence,” said Armando P. Ibáñez, O.P., friar of the Southern Dominican Province, founding Festival Director and director of Radio-Television-Film at Texas A&M University-Kingsville, which launched the festival in partnership with the TAMUK Film Society and in association with the Department of Art, Communication and Theater and the College of Arts and Sciences.

The festival received a total of 49 film shorts, 29 from the United States and 20 from abroad, including from New Zealand, Canada, India, Egypt, Qatar, Ireland, United Arab Emirates, the Russian Federation and Iran.

END_OF_DOCUMENT_TOKEN_TO_BE_REPLACED

We are happy to announce that the long-awaited Dominican Charism on-line learning platform will be launched Easter Monday, April 13th with the activation of the first two modules. Sr. Connie Schoen, OP shares the story of “The Life, Spirit and Mission of St. Dominic.” “The Call to Preach” module involves sessions by Sr. Sara Fairbanks, OP, Fr. Timothy Radcliffe, OP, Sr. Angela Mwaba, OP and Sr. Megan McElroy, OP. This module also includes short video clips of diverse members of the Dominican family and video clips focused on the preaching of the community of Barry University, the Sisters of Peace, the Summit Nuns in New Jersey, the Racine Dominicans, and the Maryknoll Sisters. An additional video by Sr. Barbara Schwarz, OP focuses on preaching through the arts.