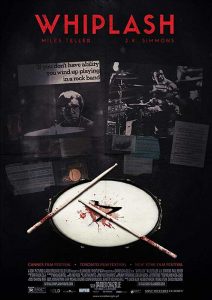 “Whiplash” is the story of Andrew Nieman (Miles Teller), a first-year jazz student in a prestigious music conservatory. He has long dreamed of being a jazz drummer, and has worked hard at it. Not only does he want to be a good drummer, he has high aspirations to be great.

One day esteemed and feared jazz teacher Terrence Fletcher (J.K. Simmons) hears Andrew practicing and comes in the rehearsal room. After a brief chat, Fletcher invites Andrew to play in his ensemble. Fletcher is well known for his intimidating style. Another student tells Andrew not to worry, that Fletcher’s bark is a lot worse than his bite. Andrew soon learns that both Fletcher’s bark and bite are pretty scary.
END_OF_DOCUMENT_TOKEN_TO_BE_REPLACED 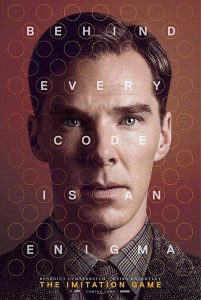 “The Imitation Game” tells the true story of Alan Turing (Benedict Cumberbatch) who successfully breaks the Nazi Enigma Code, contributing greatly to the defeat of Germany in World War II. Turing is recruited as part of a team to break the code in the early part of the war, a task that would take three years to accomplish. “The Imitation Game” is an excellent, absorbing account of the team that broke the code.

Benedict Cumberbatch is excellent as Turing. Perhaps today Turing would be diagnosed with Asperger’s Syndrome. He is brilliant, but also severely lacking social skills, preferring to work by himself rather than as part of a team. Over the course of the movie, we also learn that Turing is homosexual. After the war, he is arrested for “gross indecency.” Cubmberbatch, best known for playing Sherlock Holmes in the contemporary BBC series, captures the brilliance of Turing, but also his rough edges, his difficult personality, and allows the audience to empathize with this not always likeable character.
END_OF_DOCUMENT_TOKEN_TO_BE_REPLACED 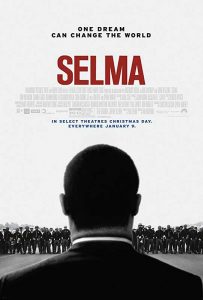 In 1965, a Black woman in Selma, Alabama, named Annie Lee Cooper (Oprah Winfrey) went to register to vote. She was asked ridiculous questions by the clerk, including the names of all the county judges in the state. When she could not answer, she turned away and walked out. “Selma” opens with a dramatization of this event. In one brief scene, director Ava DuVerney and writer Paul Webb make the case for a Voting Rights Act.

The frustration of Ms. Cooper and many others brought Martin Luther King (David Oyelowo) to Selma in the spring of 1965 to organize a march from Selma to Montgomery to raise awareness for the need for the Voting Rights Act. As Stephen Spielberg did two years ago with his film “Lincoln,” DuVerney and Webb decided to focus on a particular episode in King’s life, rather than do a standard biography. “Selma” brings out King’s many gifts: his political savvy, his theological mind, his brilliant oratory, along with his compassion for the suffering of others, and his devotion to his wife and family.
END_OF_DOCUMENT_TOKEN_TO_BE_REPLACED

The Dominican Retreat and Conference Center in Niskayuna, New York, offers a weekend retreat for men and women Feb. 27–March 1 with artist, author and storyteller Brother Mickey O’Neill McGrath, OSFS. Br. Mickey will share his paintings and the stories behind them, shining new light on the women saints who walked the streets and forests of New York: Kateri Tekakwitha, Elizabeth Seton, Frances Cabrini and Dorothy Day. Br. Mickey will also present “Devotions on Devices” Thursday, Feb. 26 from 7 to 9 p.m. Learn how the SketchbookPro app can be used to illuminate your prayers and inspirations. Read more about Br. Mickey and his ministry of art and faith. For more information and to register, call 518-393-4169 or visit www.dslcny.org.