On August 20, 2016, Sister Francis Clare Fischer and Sister Mary Susanna Vasquez, Dominican Sisters of Mission San Jose, began their adventure walking the Camino de Santiago. The sisters began their pilgrimage in St. Jean-Pied-de-Port on the French side of the Pyrenees and the pilgrimage will end about 500 miles later in Santiago, Spain. Read more

On August 4, at the conclusion of the General Chapter of Bologna, all those gathered for the Chapter, including Provincials, members of the Curia, secretaries, interpreters, translators, and representatives of other branches of the Dominican Family, including nuns, sisters, laity, and Dominican Youth Movement, boarded a train from Bologna to Rome. After the two hour, 10 minute trip, we were taken by chartered buses into the Vatican, through the “back door” that tourists never see. We were escorted down long corridors under the watchful eye of the Swiss guard in their colorful uniforms.
END_OF_DOCUMENT_TOKEN_TO_BE_REPLACED 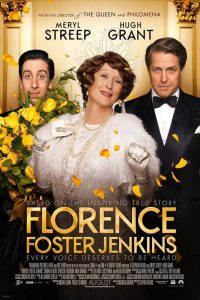 I remember first hearing the unusual story of Florence Foster Jenkins about 30 years ago. A friend had a recording of Florence singing the “Queen of the Night,” an aria from The Magic Flute. We laughed and laughed at the awful singing of Florence. He told me that Florence had been a cult celebrity many years ago and crowds would come to hear her sing, barely containing their laughter. Florence was a wealthy New York socialite and patroness of the arts who rented out Carnegie Hall and other concert venues so that she could sing, quite badly, before enthusiastic crowds. I wondered then if Florence knew that people were laughing at her.  How did she feel about that?
END_OF_DOCUMENT_TOKEN_TO_BE_REPLACED

Dominican Sisters of Sinsinawa – ‘Seeking Truth in the Year of Mercy’ 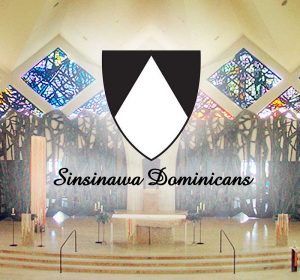 SINSINAWA, Wis.—The Sinsinawa Dominicans invite you to “Seeking Truth in the Year of Mercy,” a free lecture celebrating the 800th jubilee year of the Dominican Order. Sister Barbara Reid, O.P., will speak at 7 p.m. Monday, Sept. 12, at Sinsinawa Mound. She is a noted scripture scholar, author and lecturer who currently serves as vice president and academic dean of Catholic Theological Union, Chicago. Sister Reid holds a doctorate in biblical studies from the Catholic University of America in the District of Columbia and is the author and editor of numerous books and articles on sacred scripture. She is the general editor for the new 58-volume “Wisdom Commentary” series, forthcoming from Liturgical Press.
END_OF_DOCUMENT_TOKEN_TO_BE_REPLACED