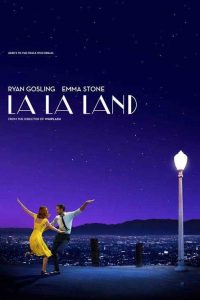 La La Land has the ability to seem absolutely fresh and new, while at the same time reminding me of many other movies from the past (including everything from Casablanca to Rebel Without a Cause to Singing in the Rain and West Side Story). Writer-director Damien Chazelle employs a tremendous knowledge and respect for the best of Hollywood, and creates a truly original film. La La Land will likely be one of the top contenders for the Oscars and other awards this year.

Collaborating with an excellent technical team, Chazelle, who brought us the excellent Whiplash two years ago, makes every frame in La La Land look great. The sets, costumes, photography and editing all blend together to give the movie a bright, colorful look. Young director Chazelle takes a chance to bring the first original musical film to the screen in years. It opens with a great number, set on a Los Angeles freeway during a traffic jam. All of a sudden people get out of their cars and begin to sing and dance. What a way to open a movie!

Emma Stone plays Mia, an aspiring actress who works in a coffee shop on the Warner Brothers lot and Ryan Gosling is Sebastian, an aspiring jazz musician. We first see them in the opening traffic jam. Later they meet in a restaurant where Sebastian is playing the piano. Neither meeting goes well. However, in Hollywood tradition, the two fall in love. They eventually sing and dance all over Los Angeles. In a magical scene at the Griffith Park Observatory, the two even dance into the clouds. It’s amazing!

After an energetic first half, I found that the second half of the movie drags a bit. As anyone who has ever watched a romantic movie knows, there has to be tension. Sebastian is recruited by an old friend (John Legend) to play in his contemporary jazz band, touring all over the country. Sebastian likes the fact that he has a steady job, but Mia does not like the travel and separation. Sebastian misses the opening of Mia’s one woman play. After struggling with her career, Mia finally gets a part in a movie that will take her to Paris for an extended shoot. The two argue about their careers, hopes and dreams, and their future together. I found this to be the weakest part of the movie.

Fortunately, the movie rallies for a terrific conclusion, including a beautifully done “What If” montage sequence, returning to the beginning of the movie and retracing its steps from a different perspective. I won’t give away the ending, but it seems absolutely right.

Emma Stone gives a wonderful performance as Mia. She sings and dances well, but her best scenes are her many auditions. She goes in with high hopes, but leaves disappointed and frustrated. The emotional toll registers in her face and body. Ryan Gosling is also very good as Sebastian, for whom jazz is all-consuming. However Gosling comes across as a better actor than singer in this film.

The real star of the movie is Chazelle, a 31 year old American writer-director, who I think we’ll be hearing a lot more from. He brought an enormous intensity, style, and love of music to Whiplash (also about jazz). Chazelle brings the same kind of ingenuity, energy, and distinctive style to La La Land. He clearly loves movies and brings together the best of the old and combines them with a new sensibility. As I mentioned above, I think he stumbles a bit as a screenwriter in the scenes of Mia and Sebastian arguing. However, he makes up for it by the satisfying ending.

Justin Hurwitz wrote the music. The score is great, better than the individual songs. I also found that, as in many musicals, most of the musical numbers comes in the first half. The second half could have used another song and dance number.

The PG-13 rating seems to come from one use of a four letter word. Otherwise, like the classic musicals of old, there’s nothing objectionable here.

All in all I found La La Land a very entertaining movie. I think it will be a classic with great staying power, and a movie that confirms the talent of Damien Chazelle. I can’t wait to see what his next project is.