This series examines the work of Meister Eckhart within the German/Flemish school of mysticism and the Catholic tradition against some of the background influences that informed it. A brief review of Thomas Aquinas’ and Albertus Magnus’ thoughts on the Trinity, creation, and on the knowledge of God will set the stage for comprehending Eckhart’s particular mode of spiritual praxis. Eckhart was deeply influenced by Thomas and Albert the Great, although he himself was accused of being heterodox. Despite the criticism to which he was subjected, criticism we will endeavor to understand by contrasting his work on certain points with that of Thomas and Albertus, Eckhart’s mystical texts inspired some of the greatest spiritual literature of his time. These writings by figures such as Tauler, Suso, and Ruysbroeck were subjected to no similar charges. 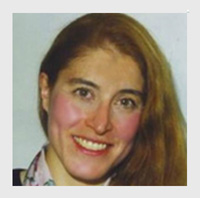 The presenter will be Donna Adler. Donna Adler received her undergraduate degree in linguistics from the University of Chicago and her law degree from Northwestern University. Donna later earned an M.A. in divinity from the University of Chicago and M.A. and Ph.D. degrees in systematic and philosophical theology from the University of Notre Dame. She is well acquainted with, among other things, the works of the medieval mystics of Christian tradition. Donna is especially interested in the reception of Plato in the history of Christian tradition and will soon be submitting her (groundbreaking) interpretation of Plato’s Timaeus at 35a-36d (the source text for the harmony of the spheres) for publication.

« ‘Divine Reading Goes Out to the World’ from Sr. Diane Zerfas, O.P. for 800th Anniversary » Photo of the Week: Dominican Sisters of Amityville ‘Sponsoring A Highway’ for 800th Jubilee of the Order of Preachers