Dominican Books by Yves Congar, O.P. and Marie-Dominique Chenu, O.P. translated to English and published in 2015 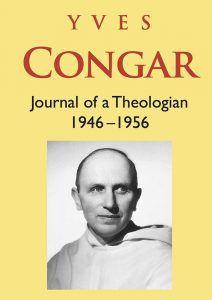 The great theologian Yves Congar kept, intermittently, a journal of the principal events in the life of the Church in which he was, to a greater or lesser degree, caught up. Gathered together here, these fragments constitute a lively and informed chronicle of the intellectual history of Catholicism in the decade after the Second World War. Father Congar had barely emerged from imprisonment when, on account of some of his publications, he found himself subjected first to the suspicions and then to the disciplinary sanctions of ecclesiastical authority. The journal of a time of trial, this book is thus an exceptional document concerning the relations between theological research and the Roman magisterium at the close of the pontificate of Pius XII.

‘The walls of Colditz, the active, small-war atmosphere of Colditz and of Lübeck had a deep effect on me and made me more determined, more hostile, more defiant. Then, from 1950 onwards especially, because of the historical and theological study that I pursued on the Roman primacy and on ‘Rome’, I felt myself more and more seriously ill at ease with quite a few things; I could no longer, today, honestly defend all ‘Catholic’ (= Roman) positions. It became more and more plain to me that, as I thought right from the beginning, the most urgent work for me was to fight against certain pretensions or exaggerations that are not based upon the Gospel; my ecumenical work was a work for the reformation of a certain ‘state of things,’ even when it came to theological thought and the affirmation of principles.’

‘I cannot and never shall accept the Curia’s point of view, which wants to replace the Holy Spirit with itself alone. This position is false under the threefold point of view of Biblical Revelation, History, and traditional theology.’

‘I said in passing that I had not submitted the study on the primacy of Peter to the censors, as I did not, myself, want to publish it. Fr General lit up: but it is that that should be published. It would be magnificent, it would be your glory, and that of the Order. I said: no. I do not want to appear to be buying benevolence by something that would curry favour.That for me is a question of honour. I shall possibly only publish this text (which is the writing up of my lectures) when I shall have the liberty to publish the rest. Not before. Fr General was upset… He said:You are not easy. It is true, I said, I am not easy…’ 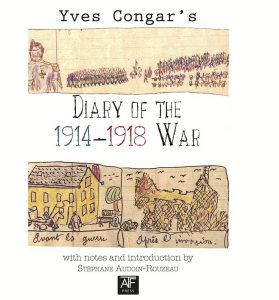 This publication, made up of the five small notebooks, was written by a schoolboy, and kept day by day between 1914 and 1918. They are written by a child of rare maturity, and carefully preserved by him, who was later to become one of the major theologians at time of the Second Vatican Council. This is the origin of a rather unusual book—diaries by children are rare!—that strictly respects the original manuscript with it drawings in coloured pencils, and even retaining the original grammatical and spelling errors. Yves Congar, the future Cardinal Congar, was only ten years old when the First World War broke out. Congar was born and raised in Sedan, in the Ardenn region of France, where there were many bitter memories of the defeat during the 1870 Franco-Prussian War. This book, therefore, is a particularly moving form of patriotism written at the time of the German occupation from 1914.

This chronicle of daily life under the occupation of the ‘Boche’ (the word comes from the pen of the young Yves Congar) is accompanied by notes, written by Dominique Congar, nephew of the author, which casts a light on details of family life, explains the topography, and translates typical Ardennese terms. It is also accompanied by a remarkable historical study by a recognised specialist of World War I, Stéphane Audoin-Rozeau, to supplement the information given by Yves Congar, and connects his story beyond the anecdotes of the ‘great story’ to a wider context. 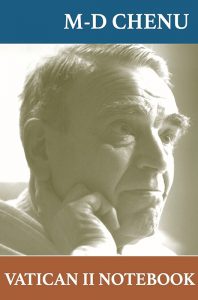 ‘This journal offers insight into a remarkable theologian who both pioneered modern medieval studies and worked with important pastoral movements. He said that Vatican II brought a new direction for the idea of the human person and of the reality of history. At the Council he showed how the Church can live in an era of change amid new theologies conceived for new cultures.’
– Thomas O’Meara, O.P. (Madison, Wisconsin)

‘At the Second Vatican Council, as much debate went on outside the council hall as inside it. Marie-Dominique Chenu made a significant impact on this wider conversation that was so vital for the success of Vatican II. He drafted speeches for bishops and, although not a formal member of any drafting commission, he often discussed the key issues with bishops and theologians who were. Chenu’s council journal gives a lively account of this participation and captures the dramatic atmosphere of the council’s first two sessions. With its critical introduction from Alberto Melloni, this book is a significant addition to the English translations of participants’ diaries, so essential for interpreting the spirit and letter of the council. This journal is essential reading for any student of Vatican II.’
– Ormond Rush (Australian Catholic University)