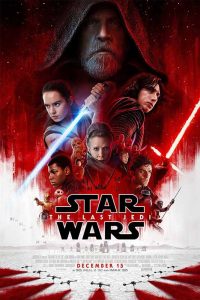 Going into the latest Star Wars movie, I realized that I was 23 when the first Star Wars was released in May, 1977. Who would have guessed then that it would have become a global phenomenon and is still going strong 40 years later?

In the last film of the sequence, The Force Awakens, Han Solo (Harrison Ford) is killed. In the final scene of the movie, young Rey (Daisy Ridley) finds Luke Skywalker (Mark Hamill) on a remote island. What part will Luke play in The Last Jedi? As The Last Jedi begins, Rey tries to convince Luke to return to help the Resistance, headed by Princess (now General) Leia (Carrie Fisher), combat the evil First Order, headed by Kylo Ren (Adam Driver), the son of Han Solo and Leia. Rey also wants Luke to train her in the way of the Jedi. Luke tells Rey that he has given up after the last Jedi he trained, Kylo Ren, turned against him.
END_OF_DOCUMENT_TOKEN_TO_BE_REPLACED

Faith and Film: Three Billboards Outside of Ebbing, Missouri 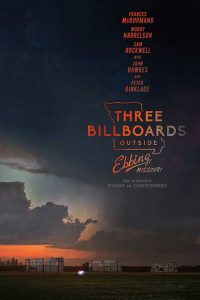 I described the last movie I reviewed, Wonder, as gentle. Three Billboards is anything but gentle. It’s a quite intense movie focusing on Mildred Hayes (Frances McDormand), a woman wanting to know who raped and murdered her daughter.
END_OF_DOCUMENT_TOKEN_TO_BE_REPLACED

Dominican University Lecture – Fire in My Bones: Biblical Foundations of the Dominican Charism

Fire in My Bones: Biblical Foundations of the Dominican Charism, presented by Sr. Laurie Brink, OP

Father Charles (Chuck) Dahm, O.P. was featured in Chicago’s WTTW about his work and missionary spirit. “Father Charles Dahm is a dyed-in-the-wool activist, following in the footsteps of old-school, firebrand Catholic priests. He has never shied away from an opportunity to challenge authority or hesitated to speak his mind. But he says it is always in service of a single goal: bringing about a more just and peaceful world for all, in other words, putting his faith into action.” Read article