Faith and Film: War for the Planet of the Apes 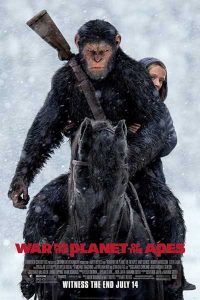 War for the Planet of the Apes is the final installment of the excellent trilogy which includes Dawn of the Planet of the Apes (2011) and Rise of the Planet of the Apes (2014). The final segment takes off from the ending of Dawn which saw Caesar, the leader of the apes, defeating Koba, his friend who turned against him. Caesar carries a tremendous wound of sadness over the betrayal, and subsequent death, of Koba. Caesar wants to live in peace, but the remaining humans continue to attack the apes, who live in the redwood forests of Northern California. The battle becomes personal when the leader of the humans, known only as “the Colonel” (Woody Harrelson), kills Caesar’s wife and son. After this, Caesar, accompanied by a few of his closest friends, attempts to track down the Colonel to get his revenge.
END_OF_DOCUMENT_TOKEN_TO_BE_REPLACED

Faith and Film: The Big Sick 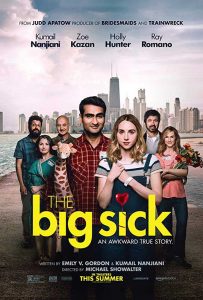 The Big Sick is an unlikely title for a romantic comedy. But don’t let the title throw you. This is a great movie! It is a comedy about the relationship between a Pakistani-American man and an Anglo American woman in Chicago. If you’re looking for an alternative to the superhero movies that take over the movie theaters in the summer, The Big Sick may be just what you’re looking for.
END_OF_DOCUMENT_TOKEN_TO_BE_REPLACED

July 19, 2017, Adrian, Michigan – Sister Suzanne Schreiber, OP, an Adrian Dominican Sister, photographer, and teacher, will speak on “The Art of Käthe Kollwitz” (1867-1945), a German expressionist who used her art to respond to the social evils of her time.
END_OF_DOCUMENT_TOKEN_TO_BE_REPLACED

Photo of the Week: Sinsinawa Dominicans in Fanjeaux

Summer is here and it is that time of year to share the list of Dominican sisters across the United States who are celebrating anniversaries of profession as vowed religious this year. Many of the congregations feature stories and photos about their Jubilarians online. These are the congregations celebrating Jubilees, and links to more information (the list is being updated regularly, so please check back):