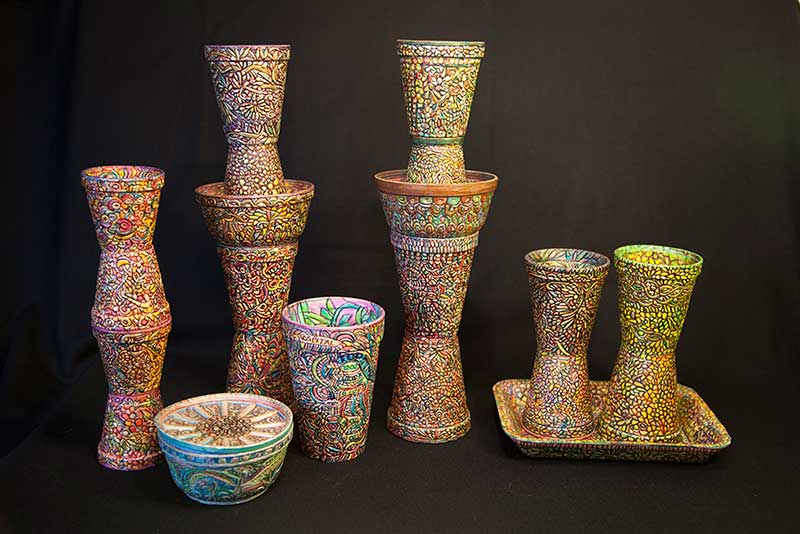 SINSINAWA, Wis.—Sister Joeann Daley, OP, will be featured in “The Evolution of the Artistic Imagination” at Sinsinawa Art Gallery, Sinsinawa, Aug. 4–Sept. 28. An opening reception will be held 1-3 p.m. Sunday, Aug. 7, beginning with an artist talk.
END_OF_DOCUMENT_TOKEN_TO_BE_REPLACED 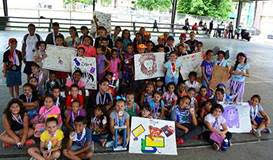 We had a very beautiful end of camp yesterday, June 29, as the children of the camp performed by singing and dancing. The theme of the camp was Zoology and the campers wore elephant ears, lion’s
hair, zebra ornaments and more to make the performance colorful and happy and the camp a joyful experience. Their teacher is a young woman who is quite the choreographer and to her credit, the children respect and follow her instructions beautifully.
END_OF_DOCUMENT_TOKEN_TO_BE_REPLACED

The interns from the Town of Babylon’s UJIMA program visited Homecoming Farm on June 28 and were inspired by all they heard.  Along with learning about the farm and all the many ways it connects people to Earth, they also heard from Christine Keihm from Nubian Heritage, a Homecoming Farm supporter. Nubian has a strong Community

Commerce Program and the interns learned about the concept of the triple bottom line which includes profit, people and the planet. 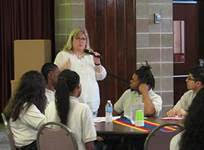 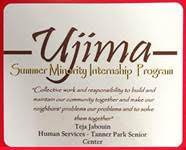